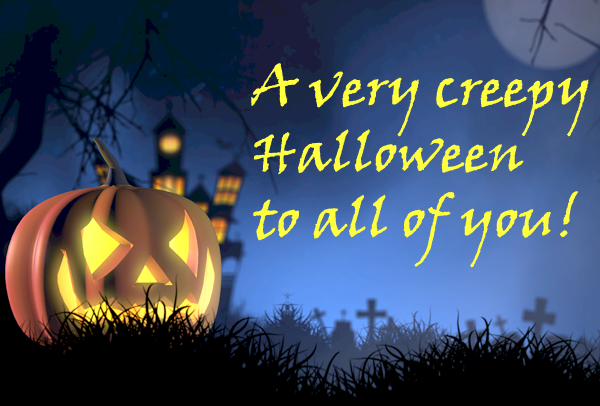 Halloween celebrations in the United States will be reaching new heights with the Americans spending record-shattering amounts on scariest night of 2017! The news comes from this eye opening article by Forbes.

Not bad for a holiday that despite its success throughout the mainly English-speaking world did not actually originate in the USA: the origins of Halloween can be traced back to Hallows Eve, the ancient Christian celebration of the dead, which stretches even further back in time to the Gaelic festival of Samheim and pagan celebrations that marked the end of summer and the last harvest before winter: the day signified the death of one season and the beginning of a new one, hence the death motif present in all Halloween parties.

Today, Halloween is the second most important holiday in the USA, followed by Christmas.

More in detail, according to the National Retail Federation, Americans will spend 9.1 billion dollars in treats, tricks, decorations and costumes, with the average man spending $96 and the average woman forking out $77. Most of the money will be spent on sweets to hand out to trick-or-treaters, while the rest will be put into decorations and costumes. Of the latter, the top most desired are superheroes for children, witches and wizards for adults, and pumpkins for pets!

More information on this infographic.

Business is prospering in Italy as well, where Halloween has been celebrated for just about a decade: according to Codacons, Italians will spend about 310 million Euros, showing a positive trend compared to the 300 million they paid out in 2016. Some 333 thousand companies are involving in offering products and services for celebrating the night of witches.

So … a very creepy Halloween to everybody!