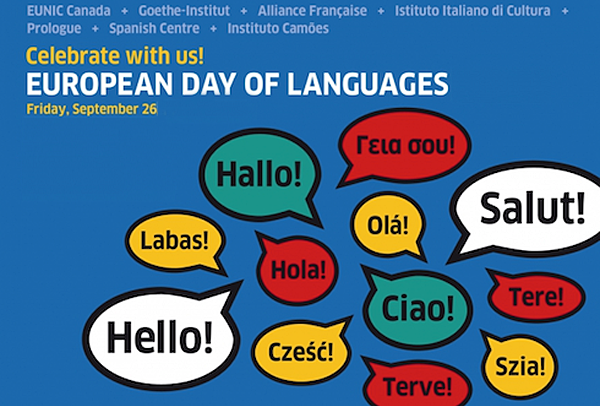 Believe it or not, even European languages have their special day! September 26 is the European Day of Languages. The date was picked by Council of Europe in Strasbourg and has been celebrated since 2001. TV and radio programmes are broadcast and events for adults and children and conferences are organised all day across Europe.

The Secretary General of the Council of Europe, Thorbjørn Jagland declared: “This year’s European Day of Languages celebrates innovation in language learning and teaching. This provides us with the perfect opportunity to highlight the huge value of Europe’s cultural diversity. (…) By pausing to celebrate the dozens of languages spoken across our communities we can send a powerful message: that Europe is a truly multilingual place where all backgrounds are welcome and where everyone can have an equal voice.”

In an increasingly digital world, the day can also be celebrated on the web. A global discussion will be open on @Eaquals on Twitter.

In the real world, many activities will be organised in Italy: in Rome there will be five events, including creative workshops for children. Activities for children will be staged in Cagliari and Nuoro. Mini-courses in the major European languages will be organised in La Spezia and there will be a language contest for middle and secondary school children near Campobasso.

There are 24 officially recognised languages in Europe and 255 indigenous languages, equal to nearly 3% of the world’s total!

For more information on activities and event, you can go directly to the page of the European Centre of Modern Languages of the Council of Europe.